Decompression is a street festival celebrating the return of Burning Man participants.  It’s a way for those who’ve returned from the Playa to get one last whiff of that Burning Man magic while giving tourists a chance to see some of the art, mutant vehicles and outfits still freshly covered in dust.

I’ve attended Decompression for years now, but it was my first time going after my freshman year as a burner. I found myself seeking people who’ve been there, not because I wanted to be exclusionary. I’d arrived several hours before my friends, which meant approaching strangers. It was easier to approach burners because I knew they would be likely to practice the principle of radical inclusion. I met some beautiful people in any case.

Below are some of my favorites moments.

I’ve seen these guys around San Francisco and they always get people dancing. When they began playing in the park, I followed them. It reminded me of a miniature version of the way burners will follow the best DJed art cars around the playa, circling them and creating an impromptu dancefloor.

Some of the many beautiful people showing off their radical self-expression at Decompression. You may think of these as costumes, but I prefer to think of them as outfits. One of the principles is radical self-expression, so we are encouraged to wear clothes that stand out, rather than fit in. They only way to truly fit in at a burner event is to dress in a way that’s not quite like anyone else.

One of many things I wanted to try out at Burning Man (but didn’t find the time) is the Black Rock Roller Disco. I was so happy they were at Decompression. There were some amazing skaters there, doing coordinated dances. After I got on the skates myself and realized how uneven the asphalt is, I was doubly impressed.

My Future Best Friends Will Be Good Dancers

I saw these dancers and they were so good that watching them made me want to dance too. So I told them and they welcomed me into their circle until my camp arrived. They were the members of Future Best Friends Camp. They gave me a necklace and made me promise to give it to my BFF. It was nice to see a camp still giving playa gifts (I brought fingerlights to give away). When I make it back to the playa, I will be sure to visit their camp. Who knows? Maybe a future best friend is there.

Art and Other Ephemera at Decompression

At every Burning Man event, there will be art that lights up and museum-worthy mutant vehicles playing music.

Hope to see you there next year!

This post was inspired in part by Radical Self-Reliance and Rich People at Burning Man by Rosie.

If Burning Man is a city, then those who spend the week following its ten principles are the Black Rock City citizens. Likewise, those who know nothing of the principles and come just to party the weekend the man burns are known as tourists. It’s easy to be irritated by the people leaving solo cups in the port-o-potties while burners are cleaning the playa of other peoples’ tiny sequins and bussing out all their own trash and recycling. After all, if there are too many tourists, Burning Man ceases to be a participatory event. It becomes little more than Coachella with nudity. My first run in with a tourist was obvious. It was just after the man burned Saturday night, when the tourists come in droves. I’d just met the fabulous, beautiful Dawn, whom I was looking forward to connecting with back in the Bay Area, when this guy offered us a beer. Let’s call him Bob. Bob was wearing shorts and a t-shirt, odd attire in a space set aside for radical self-expression. END_OF_DOCUMENT_TOKEN_TO_BE_REPLACED 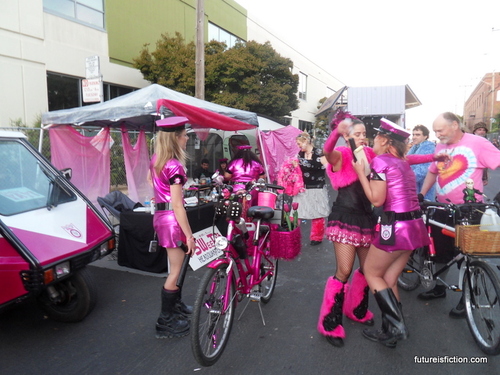 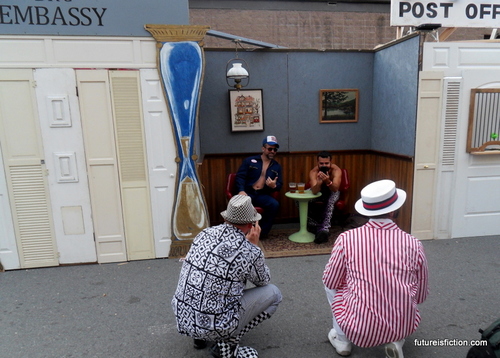 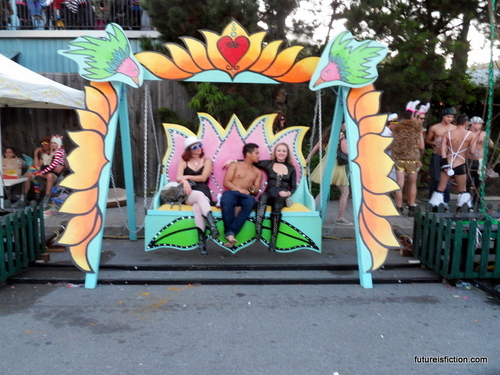 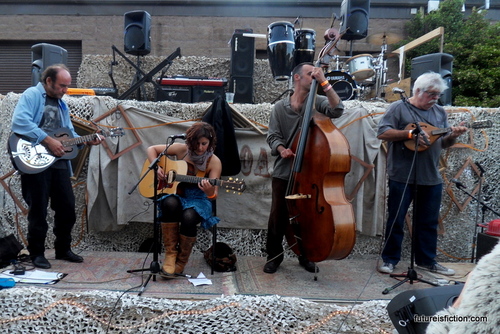 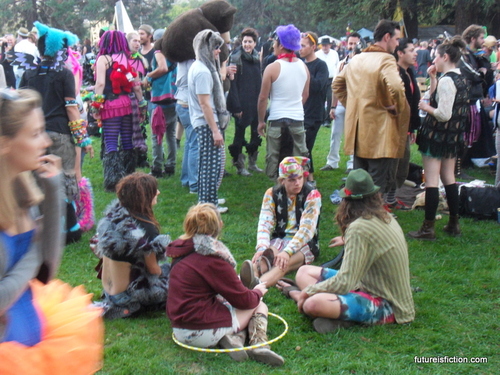