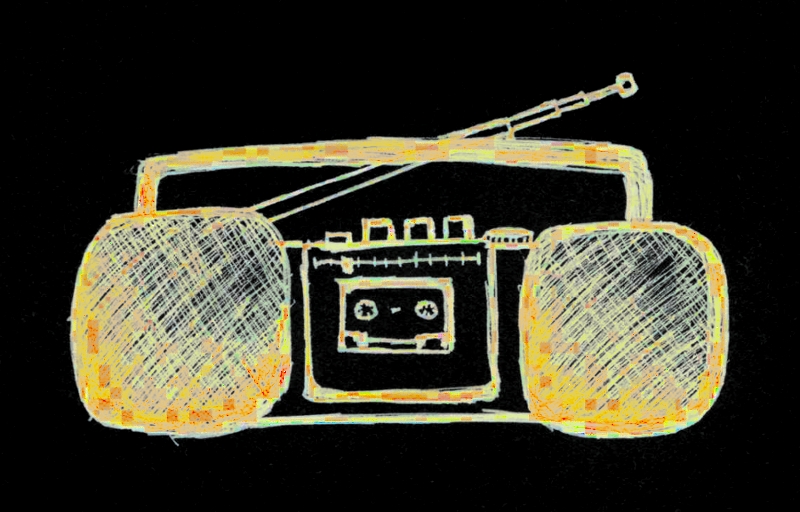 Why I Know the Name of Your New Favorite Band

But What Kind of Music?

Quality trumps genre. My only rule is to share music you don’t hear enough on the radio.

It seems to be the mark of my generation that we refuse to pick a genre and stick to it. The common way of putting it is “I like everything but…” I used to say that, but I’ve come to accept that there’s stuff to love in any genre.

Anyhow, there’s different kinds of music for different situations. I love to write and read, so a beautifully sung ballad with poetic lyrics can get in my head like a mystery. I love to dance, so a hot dance beat can infect me with more convulsions than the rocking pneumonia. And sometimes you just need a serious rock song to kick a tough day in the tush.

There is one thing I don’t like: commercial radio. Not because they don’t ever play good music there. They play it to death. They take a perfectly good song and play it over and over until the listener starts to feel like Alex from A Clockwork Orange whenever it comes on the radio.

On a steady diet of radio, you begin to feel like there aren’t very many bands. There couldn’t possibly be, or why would they play the same songs from the same twenty acts ad nauseum? Some music fans speak of these twenty bands as if they’re the only bands in the world. Or for some who’ve recently wised up, they speak of indie rock as if there were this secret list of cool indie bands, much like the radio list, but with a secret hipster password.

It breaks my heart to hear such talk. From the folks who listen to the radio, it’s the ole’ “They just don’t make good music these days.” I used to be one of these people, before I realized that radio, the tool we used to rely on for the latest songs, had become a festering pool of commercial tripe.

Or, the the latter group, with their critical eyes. They have heard some rumor that I’m an indie music fan, and they worry that I’m going to quiz them on the essential indie music list. Or just as bad, they think they have to quiz me. Have you heard The Flying Spaghetti Monsters? Oh no? That’s too bad. That’s a poverty mindset. It comes from a feeling of needing to hoard the bands, because there aren’t enough.

Both of these ideas are first-order malarkey (pardon my twentieth-century English). There’s no short list of great bands. There’s an enormous, unmanageable list of fantastic bands. There’s so much fantastic music, you couldn’t keep up with it all if you tried, eight hours a day, three hundred days a year. Not even if you attempted to share them all, spreading them like a virus all over the Internet.

Trust me, I know. The evidence is below.

The fastest way to hear some new tunes is to check out my radio stream on Blip.fm. Blip is a fantastic music community and I login to post new songs every day. To date I’ve posted more than 28,000 songs, though the oldest links probably don’t work any more. Don’t worry, by the time you get to those I’ll have posted plenty more. You don’t need to have an account to listen, just go to my page and click on any of the songs to get the stream started.

I love the microblog format of Tumblr. It’s a great way to share some thoughts on a single song or pass along a new music video. Your New Favorite Band is a single serving of music, for those who want a quick jolt of auditory joy.

You can listen to the songs posted as a radio stream as well, there’s a play button on the bottom right corner of the screen.

On Future Is Fiction I often write about music. These posts differ from those on the YNFB tumblog because they’re longer, they feature more downloads, and they’re always 100% original content. Two categories come up in particular:

Because I know the best way to discover new music is to listen to it, you can listen to all these posts as a playlist too, likewise with the play button at the bottom right of the screen.

Friend me on These Music Sites

Looking for a music friend on your favorite music site? You can find me as DareToEatAPeach on these social networks for music.

Since I spend so much time sharing music online, I thought it would be nifty if I sometimes took showers, put on clothes and left the house. That’s why I started DJing. When I DJ I play a mixture of electro, elektro, new wave, house, new new wave, indie rock remixes, forgotton favorites, underground hip-hop and skate jams. I also have a soft spot for swing house.

If you would like to book me to DJ your party, email me!