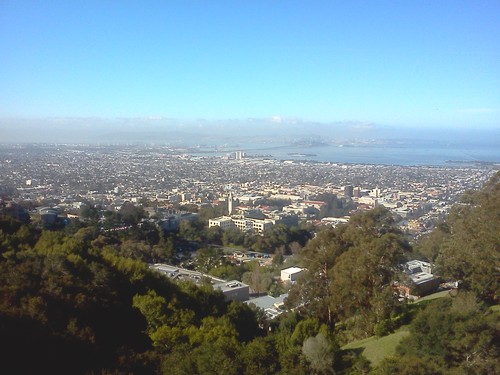 My mom awoke me at seven this morning. The first thing she said was, “I just want to hear your voice before you die.” She was a theater major in college so she has a flair for drama. She explained about the terrible earthquake in Japan and that CNN said a tsunami was likely to hit the West Coast in the next fifteen minutes.

What to do? At that point I was thoroughly awake, so I said, “fuck it.” We got in @Mirrorshade’s car and we drove to Lawrence Berkeley Lab, high in the Berkeley hills. There wasn’t a wave in site, but the vista made me realize something: even if there’s a hundred aftershocks and I die under the crash of a terrible wave, I will never regret moving to California.

I wish this photo taken with my camera could capture the beauty.

The Day Of the Tsunami