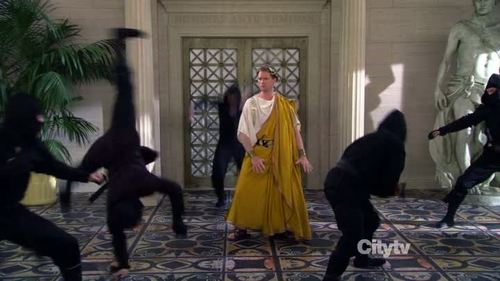 Novelling never seems to go as planned. When I started this novel, I told myself I would spend as much time on the later chapters as on the opening ones. Everyone spends forever writing their first chapter, of course because it is the first thing people read. I’ve also discovered that writing the first chapter is one of the hardest things to write. Why? Because what the reader wants is exactly the opposite of what the author wants. The writer wants to introduce you to their world: who these characters are, where they live, what they’re in search of. The reader hasn’t decided yet whether she cares about any of those things. The reader wants to know what happened: what’s the story? What’s the conflict? Where is this going? Complicating things further, the reader really does need some of that background information. Well into the novel, they know what the characters look like, where they live, what kind of world the story inhabits. So the author has this challenge: they must get the reader involved in the story right away while sneaking in little details that give the reader something to picture. When my reading group first looked over my story, I realized they didn’t know diving in whether the world was going to be suburban or fantasy, if it takes place today or fifty years ago. Thus every detail in chapter one matters, because the readers is starting from nothing. Not only do you have to sneak them in, you have to give just the right details in just the right order.

The other challenge of first chapters is that they often a depict the world before the adventure began. Even Indiana Jones, as exciting as his life is, begins his story teaching at his university. Or take The Goonies: that action-packed story begins at home. Why even show the part before the kids discover the treasure map? Why not begin the story in the middle of the action, when they sneak into the cafe? The answer is that we want to know who these kids are, how they are like us, so we feel like this adventure could happen to us too. The problem comes in that many (most?) writers get lost in this set-up, taking too long in the introductions.

Naturally, I’ve been tweaking Chapter 1 all along, but today I finished my first total rewrite. I don’t know about you, but I don’t like rewriting chapters. I already did the work, I’d rather revise than start from scratch. But I finally found the hook I needed. The main problem I had was that I wanted to start the story with the lead character waking up from a dream, which limits the options for the scene. In trying to imagine how to make the scene more exciting, I kept imagining her awakening somewhere strange, like in the back of truck. But I couldn’t make that work. I know that mortal peril is the best hook to interest the readers, but how could I put my character in mortal peril when she’s just awoken in the safety of her room?
I also asked myself what exactly I needed to convey in this scene, for the reasons above. The main thing I wanted to get across was that the protagonist is depressed, but her boyfriend is even more so. I thought I had shown this, but it didn’t seem to me like the readers were getting it, not to the extent that I needed. And the answer to the question: “How can I show that this guy is really unwell?” also gave me the answer to the question “How can I endanger the characters and hook the reader right away?”
Then I went through the old chapter one and I highlighted all the stuff that I thought I wanted to keep in the first chapter. Despite having whittled the chapter down to what I thought were the “essentials,” it was surprising when I did this how little I highlighted. I may keep some of the other content for later chapters. I stuffed most of the keeper-stuff into the beginning, and then rewrote the chapter without so much as a glance at what I had before.
Are you curious?
Here’s the NEW CHAPTER ONE of the novel
Here’s the OLD CHAPTER ONE of the novel
I’d love your feedback, especially if you like the old chapter one better.