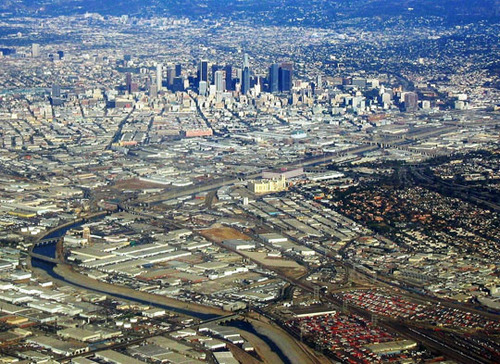 As a resident of Northern California I take on the proud tradition of hating Los Angeles. There are many reasons to hate LA. It’s filthy. It’s superficial. The rats and roaches breed in abundance. The weather is hot and filled with foul smog but the ocean is still too fucking cold to dip a toe in. They put concertina wire around the freeway to keep out the graffiti artists. It’s nothing but mini malls and freeways from end to end. Traffic, traffic, traffic, that never seems to end with nothing of interest to look at but maybe some palm trees that aren’t native to the region in the first place. But who cares about that, no one is from LA, not really, people go there to fail at big dreams. It’s a fucking desert; the only things that truly belong there are tumbleweeds and rocks.
I first decided I hated LA long before I ever lived on the West Coast. In Hollywood I saw a bunch of homeless punks holding signs that said “Photos with freaks $5.” I thought, these punk describe this place: everything is a commodity. Even the punks here are superficial: anarchist on the outside, capitalist on the inside. Further exposure only increased my disdain. Did you know that old Hollywood is in disrepair? They have so much land that instead of reviving it, they just built a new Hollywood further down the road. That’s how people in LA think. No appreciation for history or tradition, even when it’s for the thing that made their city a destination in the first place. Why fix up that dirty old hole where countless movie stars made their mark? Why bother? In their minds, newer is better.
But it occurs to me now that I take too much pleasure in my hatred. Truly, I love to hate LA. They are so counter to everything that Northern California stands for that we can hold them up like a gleaming beacon in opposition to our NorCal selves. When Stephen Merritt sings:
See them on their big bright screen
tan and blonde and seventeen
Eating nonfood keeps them mean
but they’re young forever
If they must grow up
they marry dukes and earls
I hate California girls
I can take comfort in my suspicion that everything he describes is SoCal. LA is the Yin to our Yang. We declare what we are by pointing South and exclaiming that that is what we are not.
If you don’t live on the West Coast, perhaps you are unaware of this rivalry. You may associate all of California with New York and Vermont and the stereotype of the liberal elitist. It’s true that we embrace our liberalism and drink lattes and eat tofu. But when Midwesterners accuse the left coast of being shallow, when they say we’re obsessed with fashion and celebrity, San Francisco replies, “Oh, no–you’re thinking of our sister, Los Angeles.”
Not only do I love to hate LA, I shockingly discover that I am proud to have this den of iniquity within the borders of my great state. Because Hollywood is worshiped by the rest of the country. In some ways LA is like Texas–all the worst things about American culture, and proud of it. The Texans are proud of being big and conservative while LA is proud of fast cars, big budgets, new money, fake tits and tans. Though the rest of the US wants to roll their eye’s at NorCal’s dirty hippies chowing down on government subsidized organic produce, it’s a plain fact that those same Americans are in love with California’s nether regions. They read celebrity gossip on their lunch breaks and talk about TV at the water cooler. They blog about all that goes into making the next summer blockbuster. Children suckled on the teat of Teen Beat grow up to gawk at paparazzi photos in People. If LA were wiped off the map tomorrow, this celebrity-obsessed country would have little to talk about besides Saturday night football. 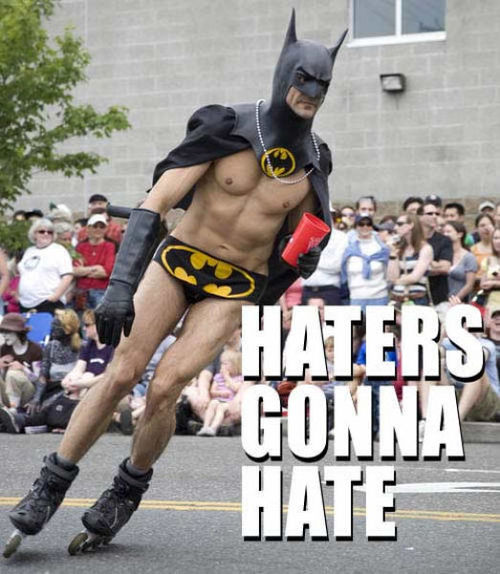 Of course, we NorCal types want nothing to do with all that. We watch more TV than we admit, and the stuff we see on the big picture is described as “films” which we scrutinize for underlying social messages. But I do like that the culture of California is subtly distilled in a nation raised by television. I love that The Lost Boys setting of Santa Carla is actually the NorCal town, Santa Cruz. I love that the Sunnydale of Buffy the Vampire Slayer is most likely based on the Bay’s Sunnyvale. I laughed when Lafayette on True Blood slept under thick velvet blankets. In Louisiana he would bake snuggling under a blanket like that but leave it to a set dresser in LA to think they know what hot weather is. I don’t want Americans to be obsessed with the fake lives of fake people. I moved here to get away from all that. But I get the best of both worlds. I’ve escaped the monster, but the place they keep it chained is a one-hour puddle-jumper flight away.
Maybe that’s why Los Angeles is most appealing to me when it is falling apart. It is only pretty when it’s seedy, when there’s a patina covering all that glamor. LA is only likeable viewed through the lens of David Lynch or distorted through the Raveonettes grungy guitars. Only when the swimming pools and shopping malls are empty and covered in spray paint will a new America be ready to be born.

I Love to Hate LA