That green stuff behind J. Tillman’s head is Golden Gate Park.There’s a lot of smoke in the air in San Francisco today, because of the brush fires in Napa and Fairfield. But I think the smoke pouring up from the audience had a different cause, and when the show ended the MC reminded everyone that smoking wasn’t allowed in Golden Gate Park. 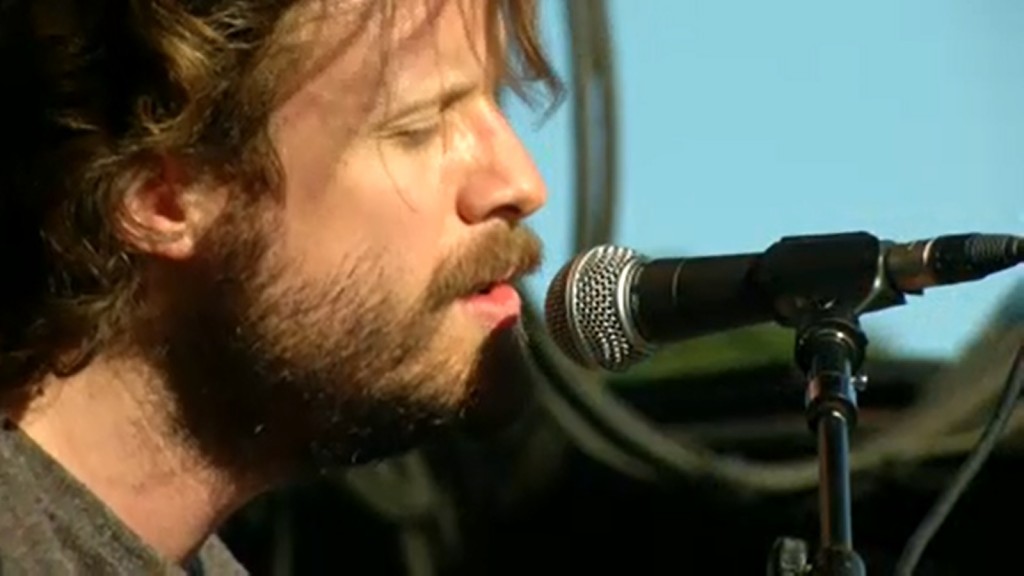 Tillman opened his set with “I’m Writing A Novel,” one of my favorites and a fine choice for an audience that can certainly relate to lyrics like “I’m surrounded on all sides by people writing novels and living in amusement rides.”

Next up was the tune “Only Son of a Ladies Man”. When he sang, “I’m a steady hand, I’m a Dodger’s fan,” cheers and boos from the audience led him to ad lib the line “I’ve got way too literal fans.” Speaking of, when Tillman started playing his new songs, the very first verse called out a woman on misuse of the word “literally.” Moments later the audience laughed out loud at the line where he claims the girl says he’s a bad influence but “she gladly hoovers all my drugs.” I’m rarely enthused when an act spends half their set playing new music but the songs were so fun and interesting it was a joy. I can tell I’m going to love the new album.

But before he got to the original material, he had more snark for the sports fans. “You’ve been unfortunately indoctrinated with blind jingoism that sports is meant to engender. You’ll get sent to a war some time and think you’re supposed to be there. Here’s a song about sports.” Then he breaks into “Fun Times in Babylon.” This mix of true social criticism with wit is precisely what makes Father John Misty so great.

For example, the second new song he played focused on the theme “try not to think about how much oil it takes to make a record.” It presented a softer side of humanity’s death wish, while admitting his own narcissism. Then following the song he said, “Here’s another song off my upcoming children’s album.” It’s so rare to find an artist in any medium who can bring this kind of depth to social issues while getting laughs too. 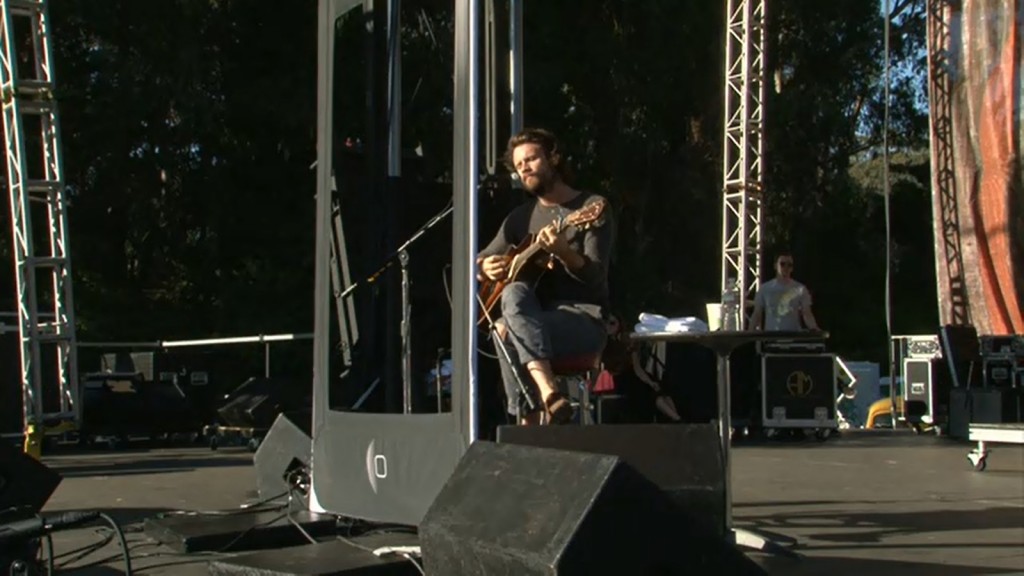 You may have noticed the frame surrounding him. He has this cut out of an iPhone that he’s playing behind. I’m taking this contrivance as a statement about what you see at a concert when you spend the whole time filming it with your phone. As in, if that’s what his audience wants to see, why not spare their arms the effort and play everything inside a screen? On the Father John Misty home page, his tour page is titled “I’m Coming To Your Town So You Can Film Me On Your iPhone.”

At one point as he’s wiping the sweat off his brow he says “these phones get so hot sometimes.”

There was a moment when some rando ran onto the set and he and J Tillman make eye contact before he’s wrestled off the stage.

I always love moments like that in a show, when the musician is forced to improvise. Tillman handled it with aplomb, saying he thought the two of them “were going to have a moment.” Later he commented on the concession stands, and how frightening and oppressive they get after staring at them for a while. He began strumming his guitar to shouts of “POPCORN! SAUSAGES! HOT CHILI FRIES!” before dissolving into soft laughter.

I do think it would be nice to hear Tillman with a backing band, so some of his fuller numbers like “Hollywood Forever Cemetery Sings” would have a chance to shine in all their instruments’ glory. But just Tillman and his guitar kept the focus on his lyrics and the emotions in his voice, which is right where they belong.

Hey if you dig this, the free show was made possible by some rich fellow in San Francisco who out of the goodness of his pocketbook sponsors a free festival in Golden Gate Park every year. It’s Hardly Strictly Bluegrass, one of many, many, (many) things that makes San Francisco so delectable. Behind Father John Misty, I’m most excited for Sunday’s lineup of Chris Isaak and Steve Martin with Edie Brickell.

by Karma time to read: 3 min
All Against the Figurative Use of the Word Literally
Books, Writing, Publishing Hipster Hating Lives On
0