August 1st marks 30 years since MTV went on the air. Many young people today may look at what the station has become and wonder, so what?
Every American I know who grew up in in the eighties has a little hole in their heart for what happened to MTV. It’s similar to the way one might remember a clever acquaintance who fell to addiction. They shake their heads, bite their knuckles and look wistful. Whether the thing MTV was hooked on was reality programming itself or the ratings boost it provided, I can’t say, but lost it is. I remember in my teens I would stay up late to record Matt Pinfield on 120 Minutes, because by the mid-nineties the only time they played music videos was in the middle of the night.
But in the heyday of MTV, you could watch videos any time, day or night. What was so great about it was probably all the things the executives behind the scenes hated. The VJs were unscripted; there was little product placement. I have an MTV t-shirt that my mom won from the station in the eighties, when they would do giveaways as if they were just another station on the radio. You could pick it up on your radio, too. Even as a tween I had an inkling that their slot in the TV Guide which said nothing but “Music Videos” for six hours couldn’t be a dream for the person who sells their advertising. But that authentic, fly-by-the-seat-of-your-pants experience was a fine fit for rock and roll: that ever changing, never planning, tumultuous beast. Rock and roll never sounded better followed by “We’ll be right back after these messages.” 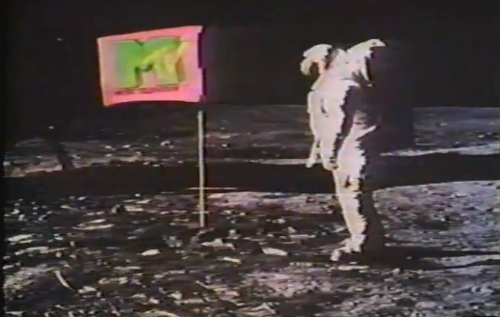 One thought on “30 Years of MTV: The MTV is dead, long live the MTV”

30 Years of MTV: The MTV is dead, long live the MTV

by Karma time to read: 6 min
Gotta Hear This Music Body Language – You Can
All Comparing Tumblr and Posterous
1